Maroon’s Latest Writing, Reportback from the Free Her Justice Advocacy Conference, and Interview with Selma James

We’re back with our monthly newsletter on the status of U.S.-held political prisoner Russell Maroon Shoatz. Many thanks and much respect for your continued support and solidarity as we push on in the struggle to free our beloved father, grandfather, husband, and mentor.

This month, we bring you Maroon’s latest writing, a brief essay reflecting on some of what he’s currently reading; a short reportback from the Free Her Justice Advocacy Conference in August; and the final installment of our interview series with human rights champion and longtime Maroon supporter Selma James.

As always, please feel free to contact us directly with your own ideas and connections to bolster our efforts.

Please also consider contributing to our ongoing fundraising for Maroon. No amount is too little, and all contributions make an impact.

As always, we offer you our profound gratitude for your support, and our hope to celebrate greater victories with you in the days to come…

Straight Ahead!
The Shoatz Family and Friends

Between ROJAVA and Dystopia

Maroon recently penned a brief essay reflection on some of the latest literature he’s had an opportunity to read. He explores the current political realities in the Rojava region of Syria, celebrating the civil and political organizations that have led to an anti-state and anti-capitalist experiment valuing feminism, direct democracy, ecological stewardship, and ethnic, linguistic, and religious pluralism in the midst of ongoing military threat, as explored in the book A Small Key Can Open A Large Door, published by the Strangers In A Tangled Wilderness collective. He then touches on the dystopia of Octavia Butler’s Parable Of The Sower, assessing the extent to which the current crises of climate change, late capitalism, and “sci-fi bio-tech” have made the landscape of Butler’s novel far more factual than fictitious.

ROJAVA: An autonomous region of over 1,400 square miles in war-torn Syria.

Since the beginning of 2015, my health concerns have severely hobbled my ability to read and write as I would have otherwise been able. Between struggling to obtain proper treatment for prostate cancer, as well as cataract surgery, accompanied by the need to record, chronicle, and share most of that with family and supporters, I was left with little energy to do more than respond to legal matters and correspondences, then read news periodicals… that didn’t require much effort.

With the cancer in remission, and having finally undergone the cataract surgery, I’m back to teaching myself “to walk and chew gum,” something the sensory deprivation of solitary confinement left me unable to do. That’s a subject I will tackle in the future. Stay tuned Torch Bearers, you’re gonna need that knowledge…

Some of what I’m reading needs to be shared, namely A Small Key Can Open A Large Door – The Rojava Revolution, edited by Strangers In a Tangled Wilderness

Then, since I’ve found it hard to indulge in fiction, I’m embarrassed to say that a close friend recently dropped a book on me that showed me how shortsighted that can be: the uncanny, futuristic novel penned over 20 years ago by the late Octavia E. Butler, Parable Of The Sower. 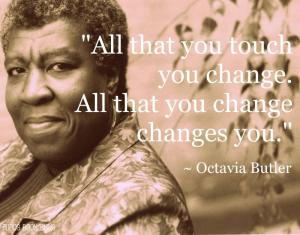 The news never misses an opportunity to highlight the tragic plight of the latest refugees who are fleeing war and poverty in Africa and the Middle East. Harrowing footage and frantic pleas are juxtaposed with the dramatic acts of desperate young men that are fodder for Hollywood screenwriters.

The wars and devastated societies they are fleeing are too numerous to discuss here, but A Small Key Can Open A Large Door gives us an inside look at one of those conflicts: ROJAVA.

This entity is comprised of three separated cantons, situated on the Syrian border with Turkey. Together they cover over half the border. Within are 380 cities, towns, and villages. The largest city contains 400 people. Three and a half million once inhabited the three cantons, but brutal wars have caused one million to join the desperate migrants trying to get into Europe and elsewhere. ROJAVA is populated by Kurds, Arabs, Yezedis, Assyrians, and Turkmens. The dominant religion is Islam, though small numbers practice Christianity and lesser-known spiritual traditions. Yet they all are in a life-and-death struggle with other “professed” Muslims of ISIS/ISIL, as well as Syria, Turkey, and those countries’ allies who are agents of global capitalism and imperialism. A sometime confusing geopolitical mix that demands study and patience to understand.

Case in point is the ROJAVAN city of Kobane (in the canton of the same name). Its men and wimmin fighters have the distinction of defeating a determined siege and merciless assault by a much better armed and equipped ISIS/ISIL force. This victory has been much misunderstood due to the U.S. and its allies’ bombings, which came very late during the battle, supposedly to help the ROJAVANS, but actually as a strategic means of manipulating them into serving as “boots on the ground” for the U.S. military and its allies in their war against ISIS/ISIL.

The civil and military organizations that have been functioning in the three cantons have little in common with those found in other conflicts, with the most outstanding being their rank and file, battle-hardened, semi-autonomous womyn militia, numbering 10,000, while thousands of other wimmin are in mixed militias or canton police, and special armed units that respond to allegations of male abuse (domestic or otherwise). In many other ways, the civil and political organizations of the collective entities have proven remarkable, even as compared to much, much smaller ones who face nothing like the physical threats the ROJAVANS live with! Millions who are struggling to exist free from centuries of hate, domination, and exploitation practiced by nations and communities across the globe. A herculean undertaking indeed!

The ROJAVANS are breaking new ground and showing the world that they can and need to develop new ways of viewing many things, which will help us tackle and overcome the terrible situations we now find ourselves in. Justice cannot be done to their contributions here; you must look into that on your own.

On the other hand, the late Octavia E. Butler’s Parable Of The Sower painted a portrait of what we all may face in this age of climate change, late capitalism, and “sci-fi” bio-tech’s visionless “developments”… it had the effect of both scaring the hell out of me, while at the same time energizing me! Fear can do that (smile).

Now I’m an eco-warrior ever since I took the time to research the subject. Before then, I really couldn’t say what the truth was. Even the harsh oppression I’ve experienced as a political prisoner failed to allow me to grasp more than the “academics” of what climate change and late capitalism would look like—since I was still provided with water, food, shelter, and clothing, etc. Octavia E. Butler’s brilliance caused a true believer like me to stop “plodding along” and use my imagination to explore what we are headed for—up close!

So moved was I by that novel that I have since obtained four more of her novels: Parable Of The Talents, Fledgling, Kindred, and Survivor. And I plan to read everything by her I can get my hands on.

Even though the Parable Of The Sower is decades-old fiction, much of what Butler wrote is being played out in real life across the planet. And Hollywood blockbusters like The Hunger Games, its follow-ons, and similar 21st century dystopian movies, though thought-provoking and entertaining, are no substitute for the horrors in her work that are almost a mathematical certainty to befall us as things presently stand.

Check out that nexus between ROJAVA and Octavia’s vision of dystopia. Then tell me how you see things…

Formerly Incarcerated Women Gather in Boston to Educate, Agitate, and Organize
In the heart of Cambridge, Massachusetts, at the Harvard School of Law, about 300 hundred or so formerly incarcerated women, activists, and allies came together the first week of August to share stories and collaborate for change. Organized by Families for Justice as Healing, the first night kicked off with a youth panel uplifting the voices of young abolitionist organizers, themselves the children of an incarcerated parent.

We talked about no longer differentiating between “violent” and “non-violent” offenders, and that we needed to stop throwing “violent” offenders under the bus. We asked, “What crime is that harsh that you would separate a child from their only caregiver?”
One thing that set this conference apart from others was the profound love and gratitude that enveloped the space. Before each woman spoke it seemed she couldn’t help but lift up the names of other women who had deeply impacted and changed her life. The culture of appreciation and gratitude was so pervasive you could almost hear our chests expanding, our hearts growing with each new voice on the stage.

“This isn’t a conversation about getting out of prison. This is a conversation about freeing our minds. Because when your mind is free a person can’t lock you up. As long as we believe that punishment is an appropriate response to people’s behavior, the system will continue to deliver it. As long as we continue to punish our children the way our slave masters punished us, the system will continue to deliver it up.”

Follow this link for writing, audio recordings, and video of the Free Her conference.

Selma James, writer, activist, co-founder of the International Wages for Housework Campaign, and coordinator of Global Women’s Strike, was interviewed by Raphael Cohen, for the campaign to free Maroon, in Oakland, California, April 25, 2015. In the conclusion of this 4-segment series, James discusses the importance of the Palestinian struggle, and connects the dots between anti-prison organizing in the U.S. and political solidarity with the Palestinian people. She then offers some closing thoughts on contemporary social justice activism, and what keeps her hopeful and committed to the cause of liberation. Watch the interview segment here, and take a look back at parts 1 to 3 if you missed them this summer. 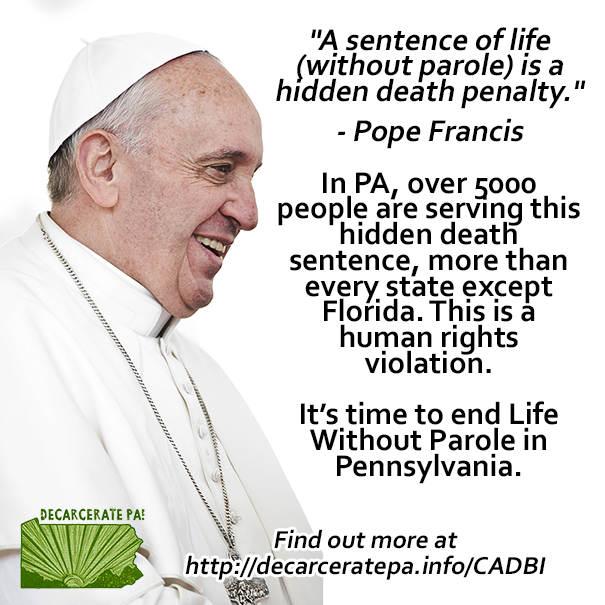 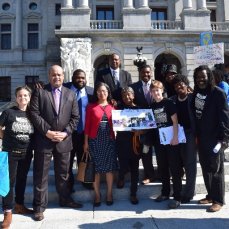 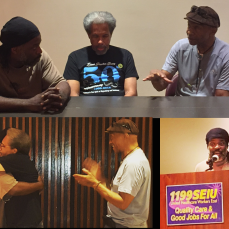 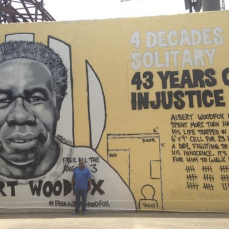 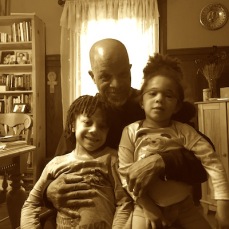 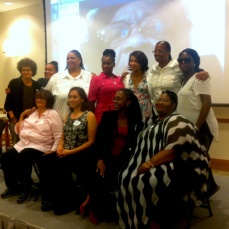 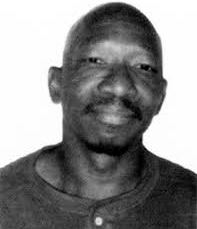 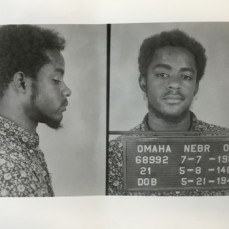 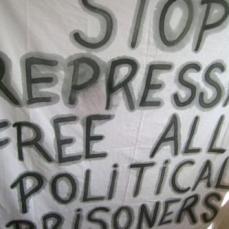 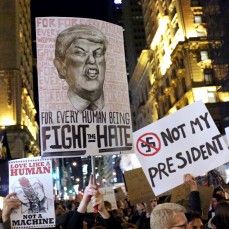 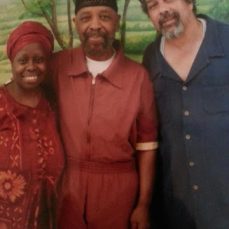 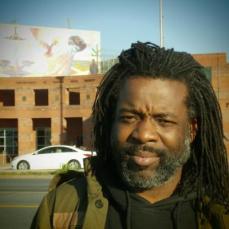 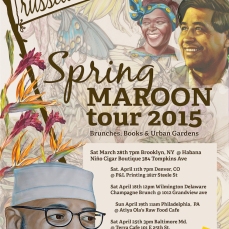